11 Reasons Why Girls Who Smoke Weed Make The Perfect Girlfriends 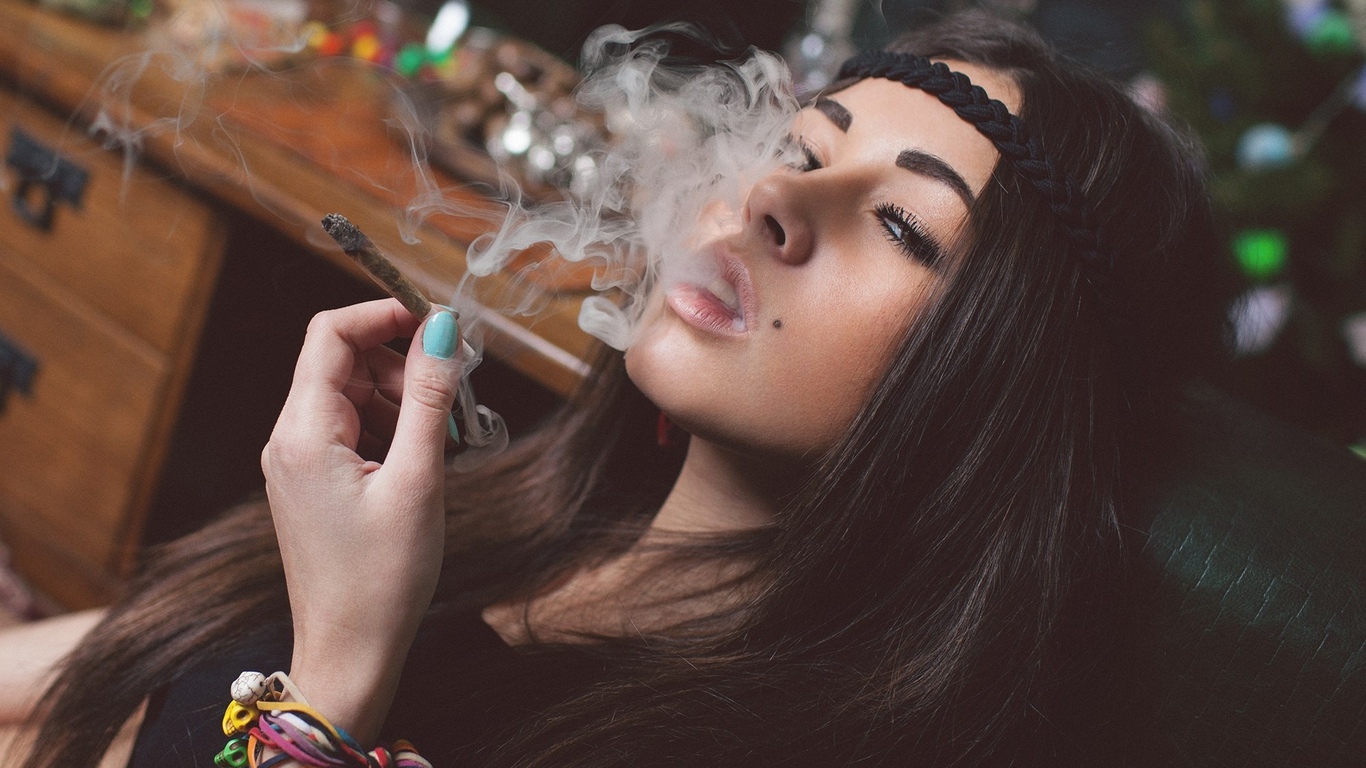 Relationships can be a pain, but they don’t have to be.

When you both smoke weed, life is easier.

Finding that perfect stoner chick is a dream come true for most of us who smoke weed.

What could be better than sharing that sweet sinsemilia with your lady in crime?

There’s Always Something To Do

As a stoner couple, you always have a default activity to fall back on.

Even when you eventually get bored of binging on Netflix series,, once you two spark up, that once mediocre Netflix series then becomes an instant classic to you two.

In the same way that you have your own go-to methods of smoking, she’ll likely bring her own weed rituals that may seem foreign to a marijuana connoisseur like yourself!

In this way, both of you are expanding your horizons, and learning about each other’s weed backgrounds.

Go ahead and try her grape Swischer Sweet – you might just find your new favorite wrap!

Your relationship will grow from new experiences.

She Can Help With Rolling Blunts

If you’re feeling particularly lazy one day, instead of arguing about which blunt wrap to use, you can compromise by asking her to roll her favorite for the two of you!

There’s always going to be that moment when neither of you want to roll it, but it has to be done.

This is where having a weed smoker for a girlfriend becomes perfect.

Not only will you both divvy up the labor, but you can also work on your rock, paper, scissors skills.

Personally, we’ve found this to be entirely true!

It’s so much easier to say “I’m sorry” when you’re both sharing a joint.

If there’s ever an argument, the easy way to end it is a simple “Hey, let’s just smoke”..

It’s pretty hard to stay mad at someone when you are both getting high. 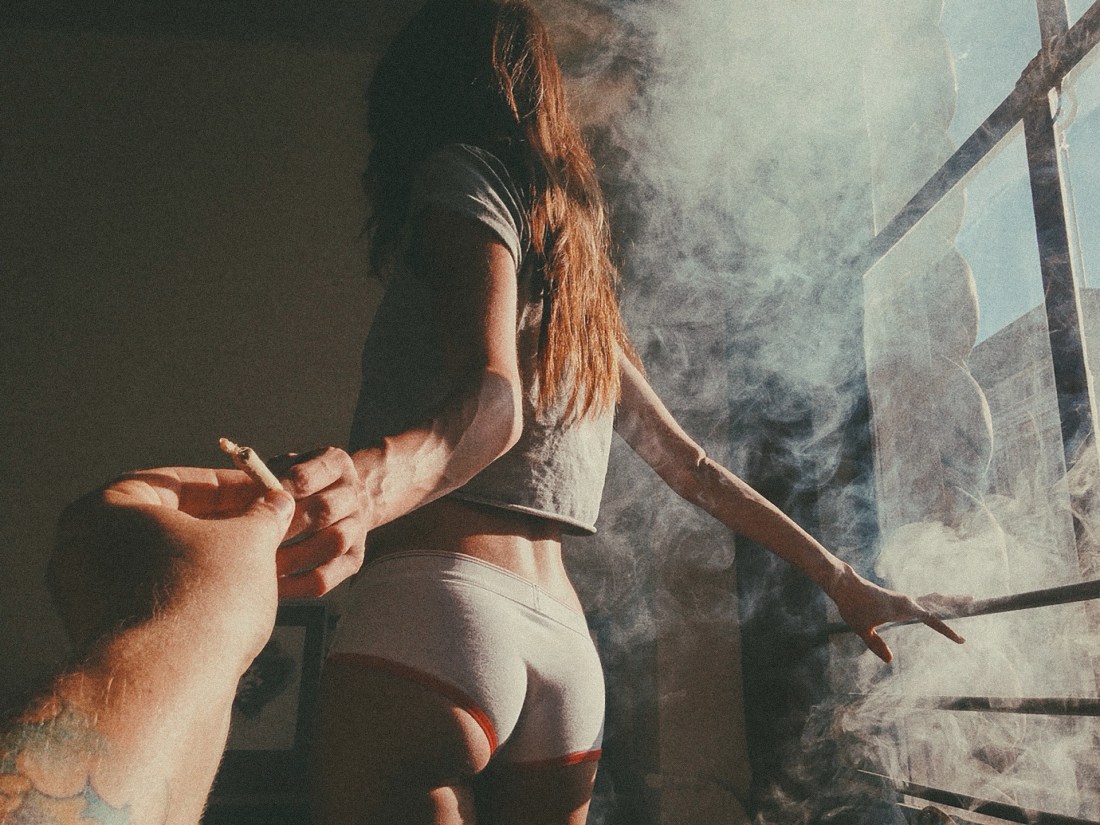 You know those moments when you’ve just hit the bong and you both start talking about something super deep?

You know, the conversations that lead down an existential path…

What else is there to do after you’ve just agreed that you’re both just floating points of awareness crashing through space on a giant rock that’s heated by a giant fireball?

You have sex to celebrate it together.

It’s just one of those things that happen..

You Never Have To Worry About Bad Weed Etiquette

One of the things we always look for in a stoner girl is their weed etiquette.

When you first meet a new girl, things could be going great.

You get to the point in the date where you both want to toke a little, but something seems a little off…

Her weed etiquette is piss poor, and you’re instantly turned off by her.

We all know those dealbreaker habits of certain weed smokers.

You all know what we mean.

How can a good relationship last if even one of these nuisances are happening?!

They don’t. You should break up now if that’s the case, or make absolute sure her habits change.

The Two Of You Never Run Out Of Weed

Not to say that you can just start mooching off of your girl, but you should have each other’s backs when the going gets tough.

Inevitably, a dry spell is bound to happen – and it always takes two to tango in order to overcome one.

Adam needed Eve in order to make the magic happen. When Adam was out of his flower, Eve was there to spot him.

It’s cool that you’ve found the perfect girl who you can have a toke with, but weed isn’t everything and she knows that very well.

Part of her attractiveness is that she can talk about more than just pink weed and Snoop Dogg’s smoking feats.

Girls who smoke weed tend to have open minds and are willing to experience to new things – including conversations that aren’t about weed all the time.

She Makes Watching Movies and Listening To Music MUCH Better

This is something to be expected.

Once the movie is over, hit a booster joint and let her play some tunes.

Your mind becomes more open to suggestion after taking a puff and you might like the new songs she’s been listening to.

She Can Keep Up With You and Your Friends

Your friends are the ones who care most about who you’re seeing, so if she could impress with her toking abilities, she’s sure to be a hit with your friend circle.

Better yet, she may be able to outsmoke some of your friends – leading to instant stardom within your group!

You’ll never have to worry about her complaining about your friends, considering you all share one of the world’s favorite pastimes.

Only a true stoner chick can keep up with the boys and put them to shame when it comes to smoking weed.

Once you’ve found the one, don’t let her go. She’s definitely one to stay with for a while.

Because You Don’t Need An Alcoholic Girlfriend

One thing you’ll NEVER see on the internet is an article titled “11 Reasons Girls Who Drink Alcohol Make Perfect Girlfriends”.

Alcohol is alright in moderation, and can be fun quite often, but it can genuinely ruin people while they’re under the influence.

There’s a major difference between a great high and being a little drunk – and you know which you prefer..

If you were to choose between a club-goer versus a stoner chick, which would it be?

I think the answer is pretty clear to us.