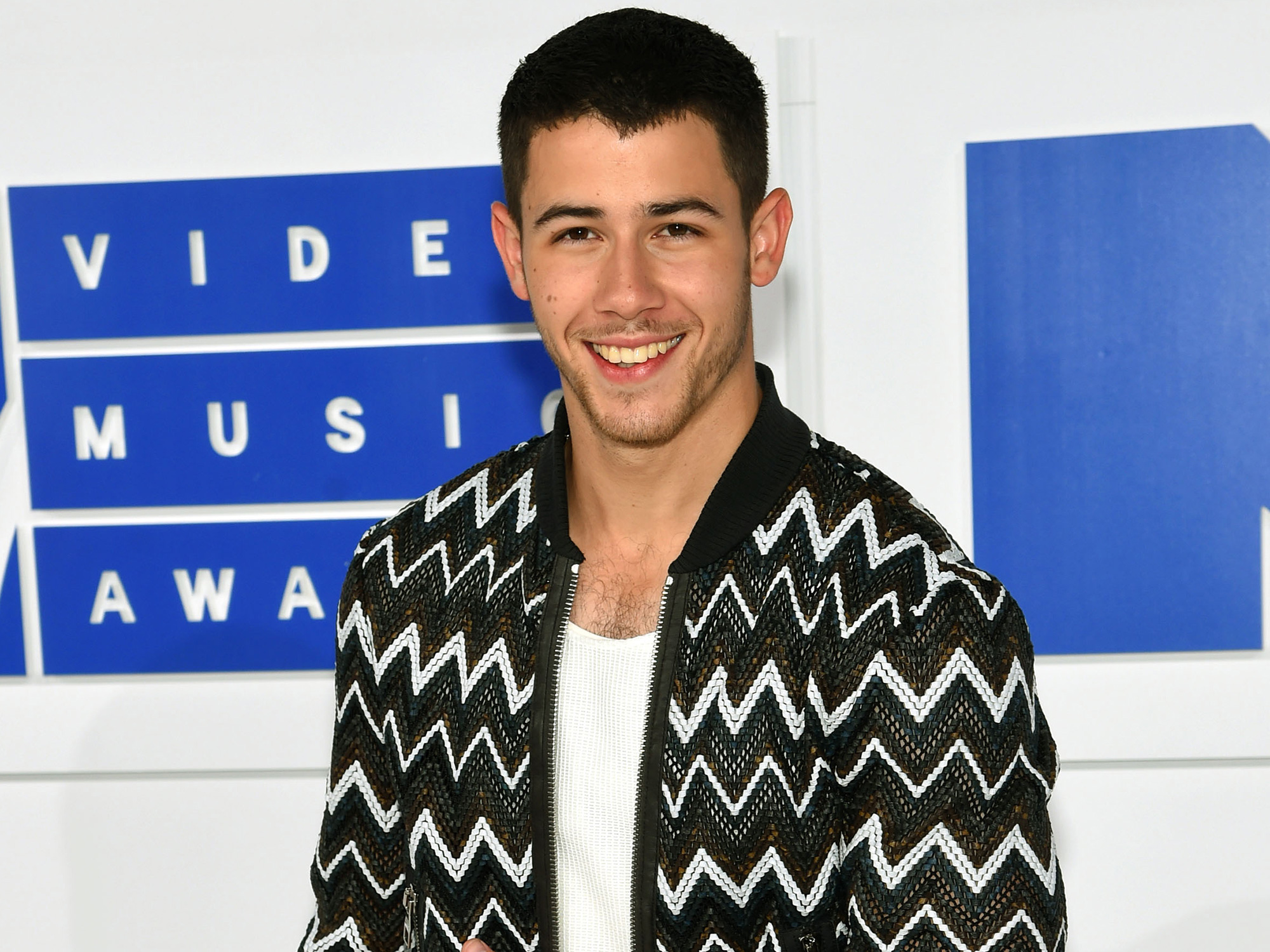 Most celebrities, like many Americans, enjoy an occasional or a usual herb satisfaction.

Some of these celebrities have come out clean and confessed  the silliest, funniest things they ever did while they were high. As we all know the marijuana adventure is always full of escapades and celebrities are not excused from it.

Here are some of the jaw-dropping confessions from these celebrities;

Nick Jonas is an American singer, songwriter, actor, and record producer. His choice to use THC-laced lollipop had some adverse effects on him which were hilarious to us, he got introduced to marijuana by one of his anonymous friends at a show.

Jonas relays, during an interview at Tonight Show, how he went to bed only to wake up the next morning feeling terrible, everything thing seemed to be on slow-motion, and he was wondering if it was happening. He was so confused as he was presenting the awards during the Young Hollywood Awards that same day.

Jonas had no option but to stand on the red carpet and put his hands in front of his groin area, the host of the show Jimmy Fallon confirmed this by displaying some pictures to the audience  as well as presenting a short video of the event.

Jonas was then shocked when his manager told him that every one in the audience knew about his condition.

During an appearance on a talk show known as ‘Ellen DeGeneres’,  David Spade who is also a comedian and an actor reveals how he had too much party at the insanely star-studded party where he confused Justin Bieber for the birthday girl.

After discussing the quarreling issue with Kim Kardashian West and Kris Jenner, Spade finds himself in confusing, hilarious series of events. He also confuses the rapper buddies with Hannah Montana, he recalls whipping out a big bundle of rolled medical marijuana.

Spade tells us that everything seemed to be okay until he got high, he tells the birthday girl that she thought she was Justin Bieber for half an hour, and he also adds a crack by saying it is only because of his haircut but not what he is wearing that made him realize the mistake

The actress brings out all kind of humor on her experience with the marijuana, in her scripts on the Late Night Show with John Mayers, she shares hilarious lines on how she once got very high that she could not get out of  her bed but kept asking for a seatbelt.

Kathy also confessed to Stephen Colbert on the Late Show that smoking with Bill Maher was one of her worst marijuana experiences at a Penny Marshal’s birthday party and she advises everyone not to smoke with people just because they are famous.

Kirsten narrates that she unexpectedly got extremely high before her set in the new movie, “Woodstock”. Normally movies will use fake marijuana but this was real medical marijuana which she used repeatedly until she everything went blur.

She made this confession in an interview with Jimmy Kimmel on his Live Show.  The effect of marijuana was so intense that she had to request her director to take her to hospital as she felt like she was losing her mind. Kirsten recalls shaking violently and burning from within.

When her producer decided to visit her room, she discovers that she had taken too much of Humboldt weed which is always stronger. She goes on to explain to the locals of what happened to her after smoking the drug, but they make fun of the situation by throwing in the real joints, the actress also tells explains that she was crying, laughing and eating her sandwich and was unable to film anymore.

Demi Lovato tells us more about her outrageous love for marijuana and how it helped her through her music video “Sorry Not Sorry” on The Tonight Show, she confesses that after going through a breakup, she decided to call some of her friends to her house for a party because she was felling newly single. She called her best friend “Dave O,” and who invited some of his friends to the party including Snoop Dogg, French Montana, Ty Dolla Sign and Wiz Khalifa, and after some time her home was filled with pot smoke everywhere.

The singer later reveals how she tried to bring the situation under control, but it was all in vain, she even tried to kick them from her house, but they were her best friends. On the following morning her area chief came and found that the house smells ‘Snoop Dogg’, The chief asked her weather Snoop Dogg was there, and she replied that he literally was.

The singer reveals that her habits of staying high started during her collaboration with Wiz Khalifa on her track “influence” which they engaged in some studio smoking.

She recalls Khalifa coming to the studio where they started smoking and later recorded the track; she remembers getting impressed by Wiz Khalifa’s performance ability after they had smoked weed. She got inspired after watchingKhalifa sing fast, and she was like “this is really a good weed.”

The singer also shows her courage by sharing a video of her in the studio with one of the great cannabis consumer smoking weed using a homemade apple pipe.Lovato made it memorable in the year 2015 when she shared a caption on her Instagram to show her support for the 420 celebration where she honors the weed legends

Miley decided to quit smoking pot and she made this public during the Tonight Show interview. She also took this opportune moment to share some of her craziest escapedes after using marijuana.

She has always dressed herself in funny costumes including a bunny and a cat costume when she was high.

She somewhat explains that she stopped smoking marijuana because she wanted to be clear about her passion for singing; she expresses her clarity on words used in her recent music after quitting marijuana smoking. She also admitted that during her stoner days she spends most of her time at home playing with her pets and was really doing nothing.

This is an American ex-singer known for chewing a lot THC, on the 2017 Grammys red carpet awards, king confesses by sharing most of her video clips when she was high. The singer shows us what really happens when you unintentionally smoke and get stoned on the Grammys; as she saw everything was shiny, forgot that she was on camera and also forgot the questions she got asked after remembering that she should not be taking questions.

Andrew recently confessed to the weekly Magazine that one of his best birthday memories was that he and a group of his best friends, along with then-girlfriend Emma Stone had a wonderful time at Disneyland in the year 2012.

Andrew recalls his friends coming out to Los Angles to surprise him; after which they went to Disneyland where they ate dozens of pot brownies. They later rod on the  on space mountain three times and Andrew was freaked out because he was seeing the world as too be small and asks his friends whether they also saw the same. He further explains that everything was wild and that remains to be one of the best days of his life.

Like many other celebrity confessions, Sarandon’s secrets of using marijuana was disclosed on a show ‘Watch What Happens Live’ hosted by Andy Cohen in 2013, Cohen asked the actor to name one Hollywood event that she should get up to stoned and she replies that everything except the Oscar awards. The screen legend later explains to the people that it was an exaggeration to say that she was high at every awards ceremony show.

The actor also goes on and explains the practical effects of getting stoned before the awards ceremonies; she says that if you smoke marijuana before the ceremony begins, by the time you are called to the red carpet you will no longer be high, but your blood sugar would have dropped thus reducing excitements. She remembered sitting on a sit at an extremely long show and was given some little snacks which helped her.

Following in Susan’s footsteps, Lawrence explains about her pre-Oscars smoking on the Watch What Happens Live show; she says she had never smoked on the awards shows but she had seen one of his friends do so before the Oscar awards but won’t say which. The host pressed her to give a little hint, but she refused.

As for whether the incident took place when she won the best actress award and felled down on her way to the podium, Lawrence opted not to discuss much the incident.

Zany is one director who confessed his herbal habits during an interview with ES magazine in November 2016; he says that weed has been part of his life and helped him on creativity. He also talks about people saying that using marijuana kills your ambition and also destroys your personality which he had no experience at all, but when he was asked if he takes his breakfast with smoking pot aside, he confessed to the magazine that he is not allowed to specify that because he can get arrested.

In an essay interview in 2013 with the New York magazine, the singer wrote about his beginning days of smoking weed; he wrote that he was mainly influenced by his teen stars Demi Lovato and Miley Cyrus. He was 17 or 18 years when the two friends urged him to try it which  he caved in and took a shot, and everything seemed to be right.

Aziz Anzari graciously shares his unique experience of watching a documentary which was narrated by a friend when he was high; he tells the People Magazine that he had a lot of fun and he was extremely high during a debut of a fellow weed friend; Jennifer Lawrence documentary called “Beautiful Planet.”

During a 2015 Late Night Show appearance, Bill Hader told Seth Meyers about an adventure in Amsterdam, the host of the show Seth Meyers asked Bill what happened to them in the Dutch city, and Bill tells her that they all got extremely high.

According to Bill, the experience in the city turns into a series of misadventures when he and Vanessa Bayer decided to take a walk in the red light district while they were high. They later lose touch of each other as they were too stoned and were not able to meet until they came back to the States.