Is There A CBD Oil for Dogs With Cancer? 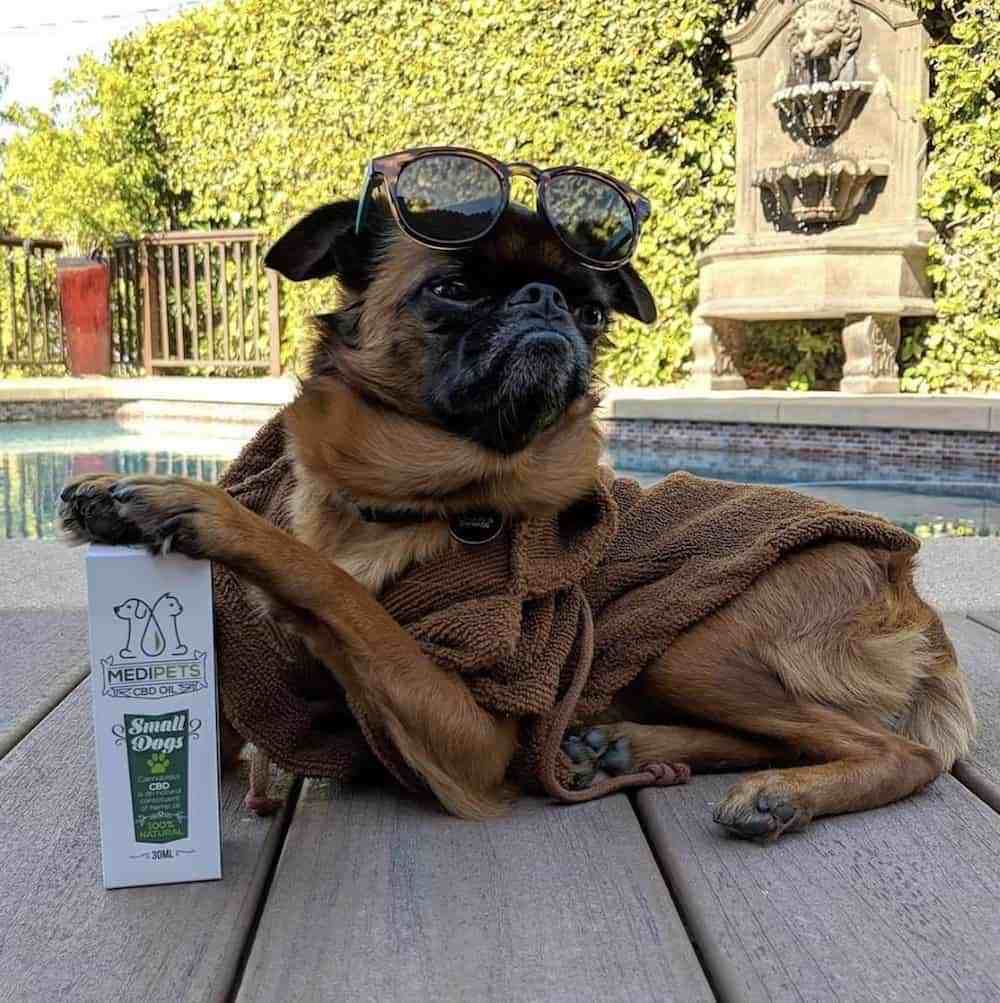 Is there a specific formulation of CBD oil for dogs with cancer? The answer is, “yes, but…” Often times products come with various formulations of ingredients designed to treat a particular set of symptoms. Cold medications are a good example. Some treat coughs and some don’t. Some are meant to put you to sleep and some aren’t. Each active ingredient has a particular purpose. But CBD is different.

Unlike most active compounds, CBD has effects on a wide variety of bodily functions in humans and dogs. So, the answer is, yes there is a CBD oil for dogs with cancer, but, no, it’s no different than regular CBD oil for dogs. You don’t need a specific formulation because CBD helps with a variety of symptoms that often come with cancer.

To learn more about how CBD oil can help dogs with cancer we spoke to the experts at MediPets CBD. They provided a relatively simple explanation of the cancer symptoms CBD oil might treat, how CBD works to treat these symptom, and how to use CBD oil for dogs with cancer.

Here’s What They Had To Say

Symptoms treatable with CBD oil for dogs with cancer

So what are the benefits of CBD oil for dogs with cancer? Let’s take a look at some of the symptoms that come with cancer which might be treatable with CBD oil. These include:

How does cancer cause these symptoms?

Cancer is a disease which results from damage to DNA, the programming language of cells. DNA molecules carry the instructions for the replication of cells as well as the form that they take. When DNA is damaged (or irregular DNA is inherited), there is a potential that a cell can begin to reproduce uncontrolled producing more abnormal copies of itself and thus develop into a tumor.

Cancer is a condition which, by its very nature, often progresses and gets worse over time. If cancers are caught early enough they might be surgically removed or killed using drugs. Some cancers are more aggressive and rapidly worsen while some are more insidious and grow slowly. Some stop growing on their own.

Although a lot of people would like to believe that CBD outright kills cancer cells, although it might kill individual cancer cells in some cases, it’s unlikely that CBD alone with kill an advanced tumor. But there are a number of ways that CBD can help dogs suffering from cancer enjoy an improved quality of life. In fact, CBD might not only help treat the symptoms of cancer, it might also improve the efficacy and reduce the side effects of cancer medications.

How CBD Works In The Body

This list of symptoms shows a lot of variation. And it seems counterintuitive that one medication can work on all of them, but CBD is different than most active compounds. CBD acts on a bodily system known as the endocannabinoid system, or ECS. This system includes what are known as cannabinoid receptors on the surfaces of cells, and chemical compounds which are created in the brain and central nervous system known as endocannabinoids. Plants also produce a type of cannabinoids known as phytocannabinoids.

The molecular structure of these two families of compounds is extremely similar. In fact, it’s similar enough that phytocannabinoids can mimic the effects of endocannabinoids. From here on, we’ll just refer to them collectively as cannabinoids. Cannabinoids are essentially the brain’s tool for communicating with individual cells.

If the ECS is not functioning properly — either there are too few receptors or too few cannabinoids — this reduces the causes imbalances in bodily systems, reduces the body’s ability to function properly, and causes or allows for the development of a wide variety of ailments.

The digestive system is another extremely complex system. A lot has to go right for it to function properly. When things go wrong it can result in appetite issues, nausea, vomiting, ulcers, pain, cramps, and motility issues such as constipation, and diarrhea.

Sleep problems are another issue in dogs whose ECS is out of balance. Sleepiness and wakefulness are in part the result of the production of various hormones which regulate particular brain functions that are involved in circadian rhythms or daily cycles related to bodily functions such as sleep. Sleep disorders can, in turn, result in fatigue, anxiety, and depression. CBD has been shown to help bring these cycles back into balance and both help with proper sleep and wakefulness.

In many cases, cancer can cause pain. There are two ways that CBD helps to regulate pain. First, CBD is a powerful anti-inflammatory. Inflammation is a common cause of pain. CBD works with the immune system to regulate the body’s inflammatory response. Second, CBD also helps to regulate the functioning of the nervous system itself and modulate the nerve signals that cause us and our canine friends to feel the sensation of pain.

Choosing and Using A CBD Oil for Dogs With Cancer

CBD oil for dogs can just be added to a dog’s food or water. And, assuming your dog has an appetite, CBD dog treats are simple to use. Only use as directed by the manufacturer or your veterinarian.

The most important consideration when giving your dogs CBD oil products is to avoid using CBD products made for humans. Dogs are much more sensitive to cannabinoids than humans, and giving them too much CBD might result in some unwanted side effects such as lethargy.

And, finally, although you may have heard that marijuana kills tumors and cures cancer, there is no scientific evidence of this. You should never give marijuana to your dog. It will only make them extremely ill and result in wasting money on vet bills.