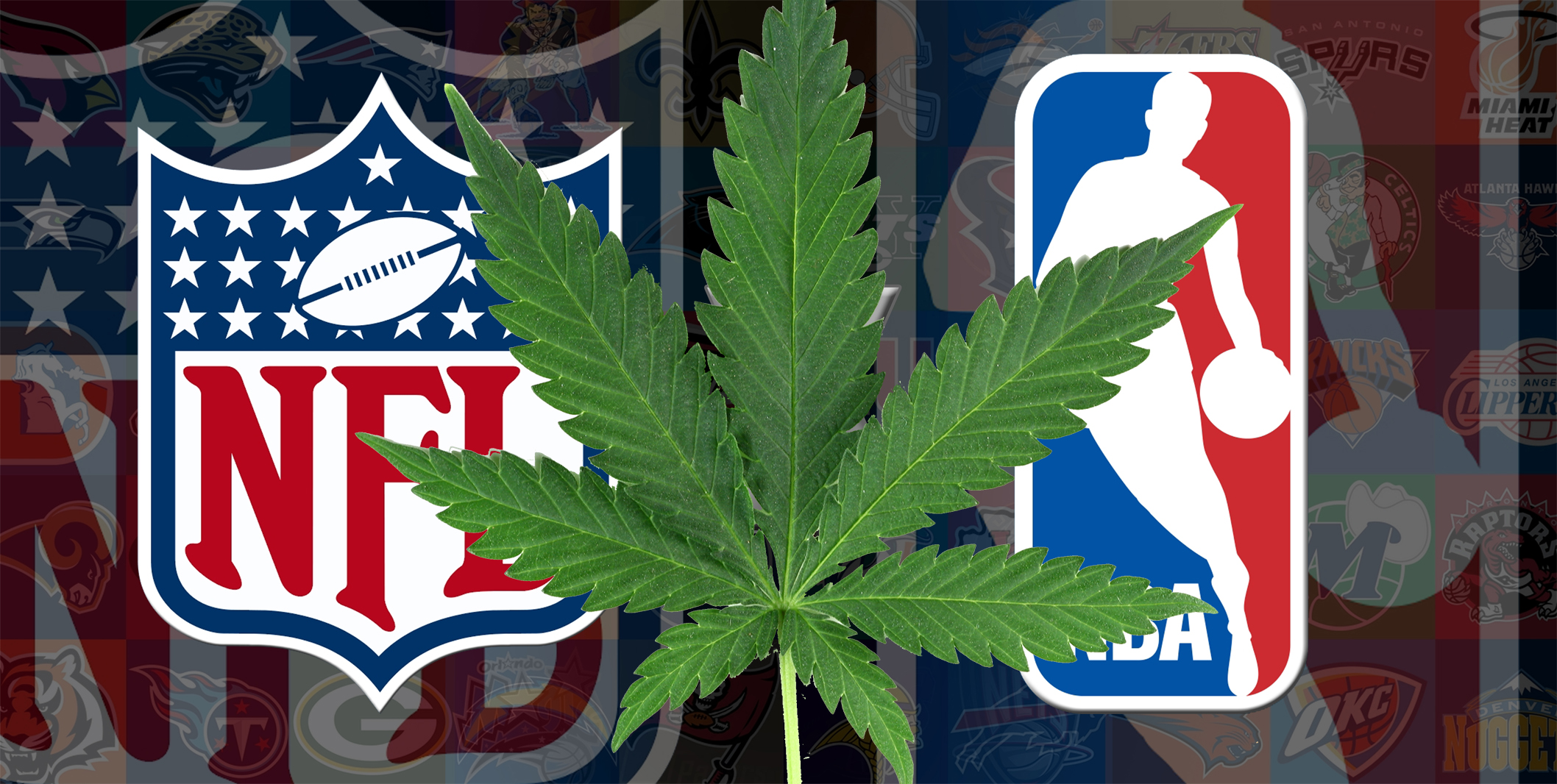 The use of marijuana in athletics has been a taboo for a long time. Athletes who used the drug faced devastating moments in their careers, starting with match suspensions to match bans. Things have immensely changed with the legalization of marijuana in several states in the United States. Let’s take a look at some of the legends who have defied these odds.

Ricky Williams was criticized and tormented for his constant use of weed especially during his time with the Miami Dolphins.  Ricky is a two-time All-American and Heisman Trophy holder and is a staunch advocate of marijuana legalization. He was one of the first athletes to score a marijuana scholarship with Weedmaps; He is also the co-founder of-of 420 Games and owner of gym power plant fitness. For Williams, it’s all about changing the nature of the game. Ricky believes that soon the NFL will succumb to fan pressure to support marijuana use for athletes as the drugs legalization process spreads like a wild summer fire in the country.

Most marijuana advocates are retiree sportsmen and women, but for Monroe, it’s a whole different case as he started while still an active player for Baltimore Ravens. He has publicly castigated the NFL for preventing players from using medical marijuana. He recently donated $80,000 to ‘When the Bright Light Fades’ which is a research campaign on how cannabis can be used to boosts athleticism.

Monroe’s views have come at a costly price as the Ravens discharged him after he donated to the marijuana campaign although the club did not specify if that was the cause of their actions. The former offensive tackle was forced to retire as the need to seek proper medication for his chronic pain rose. He has since then stated that he would continue pressing for medical marijuana use by the NFL players.

The move by the club seems to have just motivated Monroe as he seeks support which is forthcoming from other NFL players.

Jake Plummer could not stop but wonder how medical marijuana CBD was effective in handling chronic pain. The ten year NFL quarter professional has since then become a staunch marijuana advocate. He recently appeared in ‘When the Bright light Fade’ fundraising campaign in the company of other NFL former starts, Tatum Bell and Nate Jackson. Plummer believes that mental and health well-being is more important than being an extraordinary NFL superstar.

Kyle Turley was diagnosed with a traumatic encephalopathy (ECT) due to numerous concussions he suffered during his time as the NFL offensive lineman. His life has been filled with violent thoughts, suicidal tendencies as well as painkillers addictions.

Kyle, however, confesses that after he started using medical marijuana, tables turned for him. He adds that was if it was not for medical marijuana; his life would be a total mess, he definitely would not have a family, a house or even a life.

Turley’s turn around after using medical marijuana made him establish Gridiron Cannabis Coalition which is the main platform he uses to advocate for medical marijuana use for the NFL players. He states that there is no need for players to continue committing suicide or suffering unbearable pain while the plant can be set free for all.

Jim is not just any other NFL player we get to talk about; he is a two-time super bowl champion and a renowned marijuana advocate. It’s not every day when such a legend rallies on to something unless it is crucial and important.

McMahon suffers from Dementia, Memory Loss, speech problems, depression as well as other chronic ailments. The former Chicago Bears quarterback claimed that medical marijuana is Godsend as it has immensely helped him organize his messed up health-life.

The former Denver Broncos tight end, Nate Jackson, is far much ahead of his fellow NFL medical marijuana advocates as he was featured in the New York Times in 2014 criticizing NFL for its tight anti-marijuana regulations stating that they should quit using the outdated policies.

Jackson is also working together with other athletes through ‘When the Bright Lights Fade’ campaign to push for policy changes in the NFL.

Cliff tops the list of NBA marijuana advocates. The former NBA all-star, famously known as ‘Uncle Cliffy’ received several suspensions from NBA for violating leagues marijuana policies during his time as a player. Well, that might have come with a lot of public negativity at that time, but he is currently using that to turn the tables around.

He has pitched the idea of starting ‘Uncle Spiffy’ which will be a sports brand featuring athletic-related marijuana products. The theme of the products will be apparel, and he also has plans of starting a monthly membership club for it. The only thing standing between him and his dream is just $3 million.

How do you expect old Bill to miss from the list? Thanks to his frequent shaggy appearance which all the 1970s NBA fans should remember. People have always speculated that Bill Walton consumed cannabis, but this was the days when mentioning the drug alone could trigger a federal investigation on you. To cut the long story short; Bill is a stoner.

Bill is known to be one of the oldest marijuana advocates starting when he was a commentator for NCCA, a platform which he indirectly used to pass his opinions. He expressed his high expectations on Obamas administration to do something as there were many marijuana crime convicts lying in prisons for using something which is legal.

You might be deceived to think that Walton and Robinson are the only NBA legends to advocate for marijuana use. Jay Williams confessed to Fox News that more than 70 percent of NBA players use pot and that the drug tests are just dummies.

Jay believes the NBA should review its policies on marijuana use for players. Medical marijuana, according to Jay, is more responsive than other addictive drugs like Oxycontin. With the pain and injuries that come with being in the game, it will be important if players were allowed to settle for the marijuana option.

Well, it might just be a handful of players who have come out openly as marijuana advocates, but we all know that every other player will be happy if medical marijuana is added into NFL and NBA policies.